The Polyglot Gathering 2019 will take place under the patronage of: 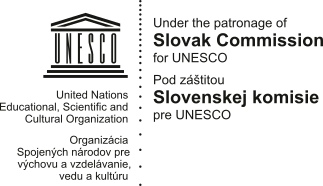 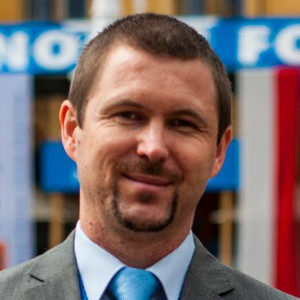 Peter Baláž, in Esperanto known as Petro, is an Esperantist, publisher and editor. He lives in his hometown of Partizánske and speaks, to various degrees, Slovak, Czech, German, Polish, Russian and English, as well as Esperanto. Peter is especially active in the international Esperanto movement and educational projects, and in 2005 he became the coordinator of E@I. He is also known as an organiser of international events (mainly, but not only, Esperanto meetings). He owns the Slovakia-based publishing firm Espero, founded in 2003, which publishes mainly Esperanto works. For more info see Wikipedia.

Jitka, also known as Jiti, comes originally from Prague, Czech Republic and has been living now for 4 years in Berlin, Germany. Jitka studied in 7 European countries, worked for several international corporations, the European Commission in Brussels and now runs a non-profit startup incubator for vegan businesses in Berlin (www.provegincubator.com) and can currently speak 8 languages while learning 3 more, including Esperanto. Jitka and her sister Lucy translated the book How to Create a Vegan World which was published by Peter Baláž’s publishing company Espero. 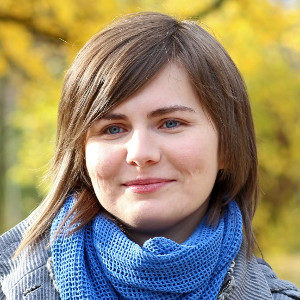 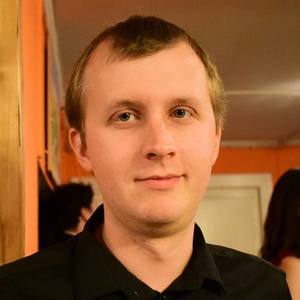 Matthieu is from France but has been living in Slovakia for five years. He studied computer engineering and now works with both computers and languages. He speaks (to various degrees) French, Esperanto, English, Slovak and Russian, and he can pretend he speaks a few more. Aside from languages and travelling, he is interested in science, critical thinking and cooking. He also has a blog about languages. 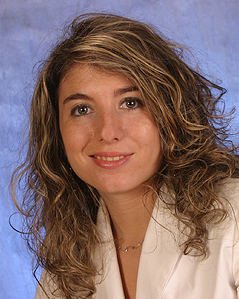 Elisa is a professional language teacher and language enthusiast. She teaches Italian, German, English, Spanish, Russian, French, Dutch, Catalan, Portuguese, Greek, Hindi, Arabic and Esperanto (at different levels). She is specialised in multilingual teaching and helps students to learn several languages at the same time and speak them from day one without mixing them up. She is a certified language examiner and holds two BAs in Translating and Interpreting, a MA in International Communication and a MA in Didactics. Elisa organises workshops where you can start speaking one or more languages from the very first moment and have your first conversation after a few minutes. She is also a language mentor and coach. Check out her books and videos on
speakfromdayonewithelisa.com. 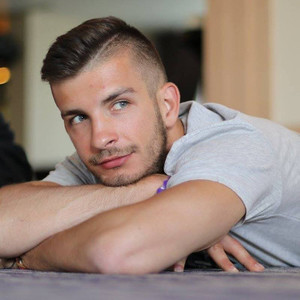 Michal Grodza was born in the Eastern part of Slovakia and is able to speak French, Polish, English and Turkish. He developed his passion for languages as a child watching Cartooon Network. Even though he graduated as a teacher of English, he fell in love with non-formal education and works as youth couch and coordinator of multicultural youth exchanges and training courses. 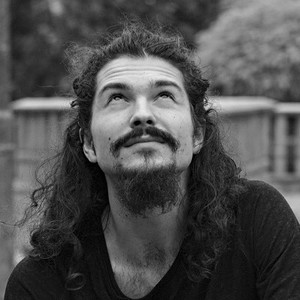 Kryštof was born in Czechia and grew up in the northern part of London. He’s one of the few people in Slovakia to have experience teaching English using the “famed but undiscovered” SpeakYourMind method, five years in total. His interests and skills range from 3D modelling and knitting to eating with chopsticks, travelling but most of all it’s meeting people, seeing what makes them tick, understanding life from their experiential and perceptual set of values as presented by their current state of mind. Being more-or-less bilingual, languages have always been a part of his life. 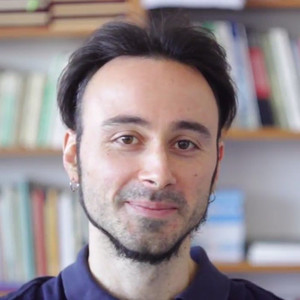 Edoardo was born in 1985 in the Southeast tip of Italy. He is a programmer and a graphic designer. Not religious, but a believer in free knowledge and societies without hierarchy. He likes cooking, capoeira and art that can make you laugh and think at the same time. 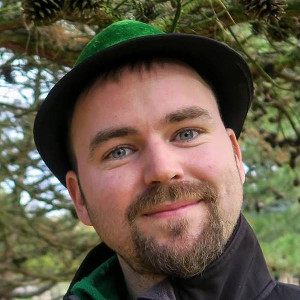 Michal is from Bratislava where he is active as a tour guide. His passions include hiking, history and languages, all of which he combines in his project Green Hat Tours. The resulting trips are a combination of hiking, networking and learning about local culture and history in fun and memorable ways. 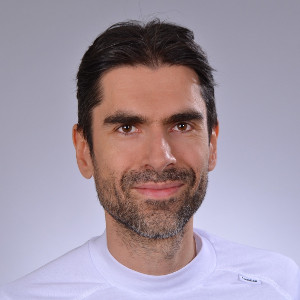 Georg grew up in Berlin bilingually with German and Polish. His fascination both for languages and computers made him study Computanional Linguistics and learn foreign languages simply by not forgetting what he overheard at various places. Besides Esperanto, he’s also active in the rationalist’s community “Less Wrong”. Right now, he works as a freelance programmer and blogger in Berlin and the Canary Islands. 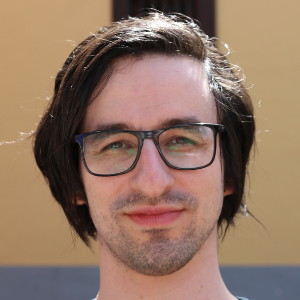 Gabriel was born in Ukraine but grew up in Hannover, Germany. For the past two years he lived in Berlin. He grew up bilingual with German and Russian but only discovered his passion for languages when going abroad for a school year to Australia. He blogs about his hobby language learning on the German website Sprachheld.de, which has become one of the most popular resources in Germany. He also runs the online marketing agency Netz­bekannt, which serves businesses in the language learning industry as well. At the Polyglot Gathering he is using this expertise to find sponsors and help out with the online marketing. 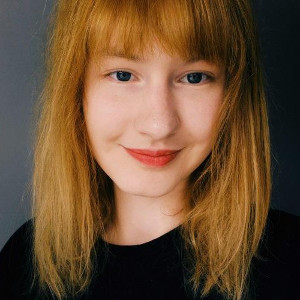 Sofia is a young inspiring lawyer from Moscow, with fiery hair that perfectly represents the personality of this self-driven individual carrying an innate interest and love for sloths, dogs and all those beautiful little “weirdnesses” only life knows how to do. 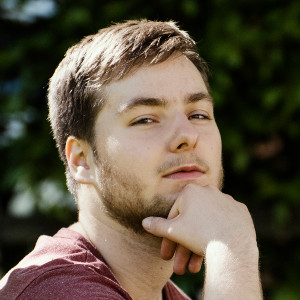 Peter might come from a small town in eastern Slovakia but throughout his life he also lived in France for a year as an exchange student, and Denmark where he is currently studying a MA programme Development and International Relations. His love for travelling goes along with his love for languages. He is fluent in Slovak, Czech, English, French and Danish and speaks also Serbian to some degree. While he is still a student, he is a president of I-Life, a local non-profil NGO in Aalborg, Denmark, which organizes trips and cultural events for international students in northern Denmark. Moreover, he has also volunteered abroad as a summer camp leader in Serbia and an English teacher in Ukraine. 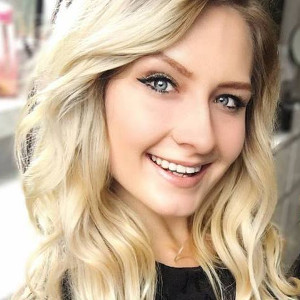 Lina Vasquez is a Latvian-Australian professional Language Teacher, Youtuber and Content Creator living in Berlin, Germany. Born in Latvia, she grew up travelling between Latvia and Australia and was inspired to learn languages by her mother and multicultural environment; growing up with a Peruvian step-father and a Latvian mother. After studying Law, French, German, Russian and Italian at University, she now speaks 7 languages and runs a teaching business whilst learning her 8th and 9th (and squeezing in the time to practice the rest!). She speaks English, German, Latvian, Spanish, French, Russian, Italian Portuguese and Swedish (to various degrees) and can string together sentences in a number of others. In 2017 she published her first book The Busy Linguist Bible and her goal in life is to inspire people and transform the way society views, learns and experiences foreign languages. 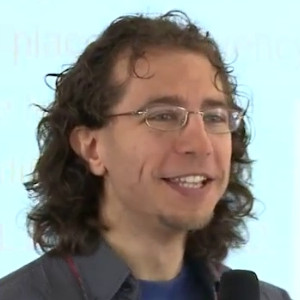 A scientific communicator, Cesco deals with games, languages and maths, creating festivals, exhibitions and conferences. He speaks more than 10 languages, including Latin and Esperanto, and holds the IPA certificate in phonetics. He is also the UN representative for the World Esperanto Association and the creator of Limbas, language seminar in Italy. He has a YouTube. 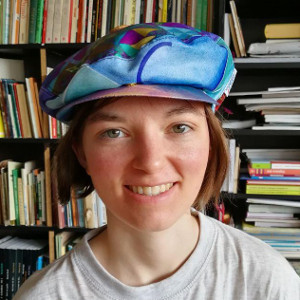 Salomé studied computer programming, linguistics and cognitive science in France. She also likes travelling and strives to understand the world. 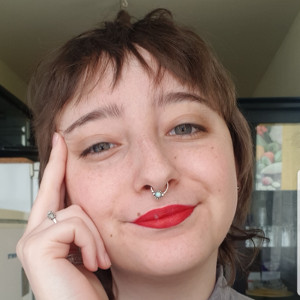 I’m French, a little lost in this country, but most of the time really happy. I’m an EVS, that’s really cool. But being French is cooler. I try to learn Icelandic and esperanto. I don’t know why. But maybe, to write poetry in others languages than mine is, somehow, my purpose. I’m 20 and my name is Léa. If you do not find me, it’s because I’m having a headache.