About Slovakia and Bratislava

Slovakia – a part of Europe worth seeing 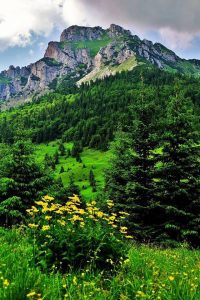 Slovakia is a country in Central Europe. Its territory spans about 49,000 square kilometers and its population is mostly comprised of ethnic Slovaks (over 5 million). It is a high-income, advanced economy. The country joined the European Union in 2004, and is a member of the Schengen Area, NATO and the United Nations.

Slovakia is a modern country, but it also has its ancient history: the northernmost border of the Roman Empire touched upon its territory. Throughout history, many nations have wandered through the Slovak valleys, between the mountains, searching for their place on the continent. Each of them has left its trace here.

The Slavs arrived in the territory of present-day Slovakia in the 5th and 6th centuries. In the 10th century, the territory was integrated into the Kingdom of Hungary, which later became the Austro-Hungarian Empire. 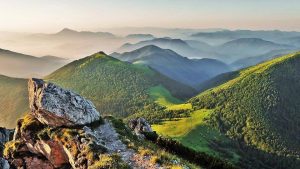 Slovakia offers tourists, the whole year long, its attractions, historical sights, untouched natural nooks, comfortable tourist centers, various forms of cultural entertainment and especially the hospitality of its inhabitants. Experts say that the sea is the only internationally recognized attraction that Slovakia lacks. 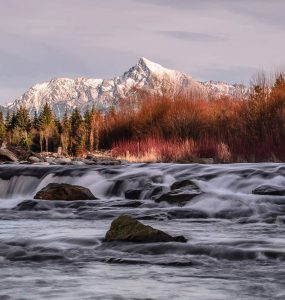 The Slovak Republic lies in Central Europe. The country’s geography is characterised by major differences in the height above sea level. Central and northern Slovakia is a mountainous region – the Carpathian Mountains cross this area.

Southern and eastern Slovakia is a lowland region, being an important agricultural area of the country. The Danube river connects Slovakia with Vienna, the Rhine-Main channel, and harbors at the Black sea.

The Slovak Republic lies in the mild zone with a continental climate and a distinctive rotation of seasons. The average daily temperature is -2 °C in winter and 21 °C in summer. The coldest month is January, and the warmest months are July and August. On average, the snow remains up in the highest locations 130 days a year. 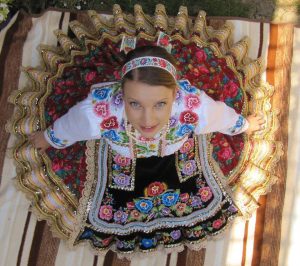 Direct international telephone calls can be made to many countries around the world. IDD is available. Country code: 421. Outgoing international code: 00+the code of the appropriate state + area code + telephone/fax number. 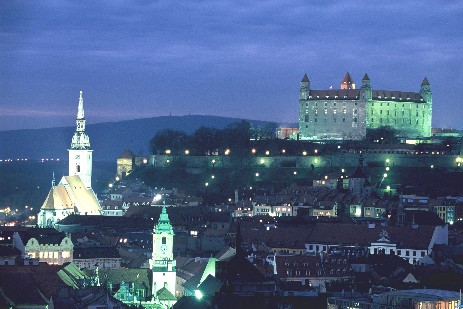 The capital city of the Slovak Republic, Bratislava, is one of the youngest capital cities in the world. With a population of almost 500,000 people, it is the country’s largest city. Today it is the political, economic, cultural, scientific and social hub of Slovakia. Bordering Austria and Hungary, it is the only national capital that borders two independent countries.

The city lies at the foot of the Small Carpathian Mountain Range, occupying both banks of the Danube River and the left bank of the Morava River.

The Danube, the second longest European river and European waterway was also the birthplace of the first settlement in Bratislava, and the river served as a thoroughfare for nations, as well as for cultural trends. Its suitable geographic position was a pre-determining factor for Bratislava’s famous past and present.

Bratislava streets are brimming with the history of a medieval city. You can still feel the unique atmosphere of the days when Bratislava was the coronation seat of the Hungarian King.

Looking up from the banks of the Danube River, you will be charmed by the majesty of Bratislava Castle, which bears features of several architectural styles. Today, the historic centre contains a number of beautiful, renovated townhouses in baroque and rococo style, with romantic courtyards, several churches and monasteries, statues and fountains, and old town houses. They form narrow streets and small squares with a special charm of revived history.

The history of the city has been strongly influenced by people of different nations and religions, namely by Austrians, Czechs, Hungarians, Jews, Croats and Slovaks. Over the course of the centuries, it changed its name several times: from the German Pressburg, Latin Possonium, Hungarian Pozsony, to the Slovak folk version Prešporok. 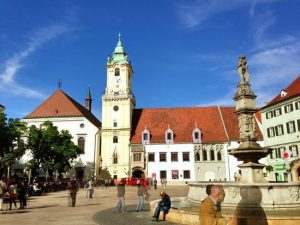 Its proximity to nature gives Slovakia’s capital its strongest flavour. The Danube wends its way through the city, and cycle paths weave through the verdant flood plain that begins just outside the centre.

Meanwhile, the densely forested Small Carpathians are just a 30-minute walk from the train station; the trailer to a foretaste of a mountainous region that covers most of the country, virtually unimpeded by civilisation. Then there are ski runs and vineyards to amble through.

Meanwhile, the metropolis on the Danube River has become a modern city, attracting visitors with a multitude of cultural offerings and shopping centers, as well as international standard hotels, together with a diverse culinary offering. Accept this invitation to Bratislava, with its roots deep in the past, lively present and ambitious outlook to the future.